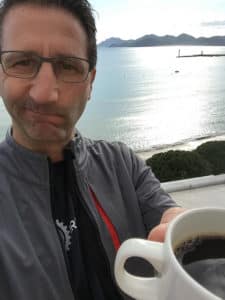 My whirlwind France weekend with Ducati Motorcycles started with a flight from Denver to arrive in Nice at 10:30a on Friday morning.

After a short commute into Cannes, I put on some running gear and took a short “wake me up” run down the boardwalk along the rows of mega yachts docked at this playground for the well heeled.

As Friday was my day to acclimate, and the weekend was heavily scheduled, I took some time to hook up with some other dealer buddies and make a late afternoon walking tour of old town Cannes.

So, Saturday arrives and we jump on a coach bound for the beautiful Terre Blanche resort in the hills above the Tyrrhenian Sea for a day of riding and learning about the new models.

My first ride was on the incredible new Multistrada Enduro. The Enduro has all new bodywork and tank set up for adventure touring as well as a 19” front wheel to help with the off-road sections. The seating position is even more “in” the bike than before and the luggage is heftier to accommodate rough riding. There is even a free app to bluetooth your phone to the bike and record your trip data, right down to recorded route, lean angles, and gear changes!

After jumping off the Multi, I got to spin the new Scrambler Sixty2 through the hilly backwoods on some really twisty little roads. The 400cc motor is so smooth, accelerating with no flat spots right off the bottom of the torque curve. Definitely the perfect urban bike.

Sunday morning breakfast at the Carlton Intercontinental and then climb aboard one of the shiny new Monster 1200Rs parked out front for an absolute blast up the hills above town. Holy cow, what a bike. With lighter wheels and updated foot controls, the M1200R puts it’s 160hp on the ground with a such a stupid amount of raw joy that you will need earplugs to dampen the laughter in your helmet. Enough said. Get one.

The new 959 was next and is a perfect update to the already track-ready 899. It adds a fine sprinkle of incredible on top of what was already pretty amazing. It’s hard to believe that Ducati’s “middleweight” is a liter bike. Hmm, re-write the rules (again).

The last bike I would ride during this weekend of bliss was to be the XDiavel. It’s funny because all of the dealers I was riding with are current and ex-road racers. We are all pretty much track riders and didn’t know what to do with a foot forward bike. It was hilarious to watch the gang climb on the X and have all of our feet hit the ground when we missed the spot where our feet are supposed to go. Once on and situated, a huge departure for most, it was on the gas up the coast for what would become the most eye-opening ride of the weekend. Holy cow; 40 degrees of lean on a 1262cc foot forward bike that makes Ducati torque and Ducati hp! Super comfy cruising through traffic in town and super amazing heeled over on the winding coastal road. The bike changed direction so fast, it was hard to believe we were in a recumbent position. Just like the Monster 1200R, get one! 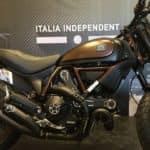 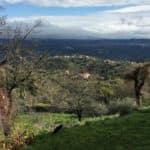 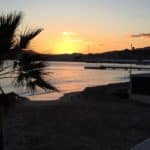 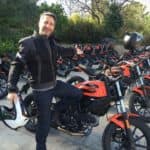 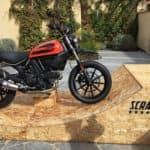 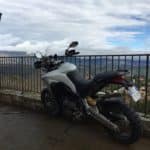 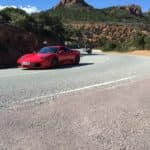 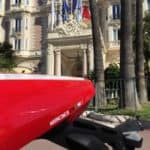 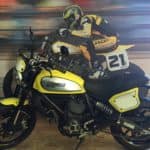 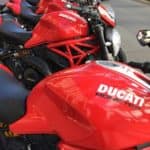 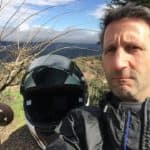 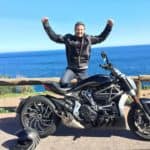 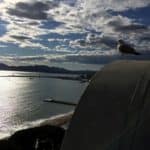 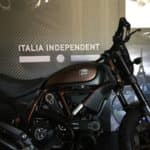 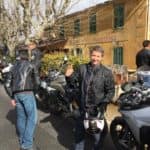 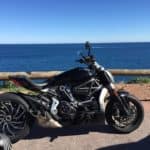 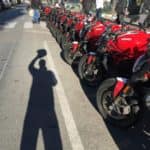 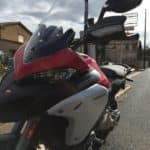