My Summer at Erico Motorsports 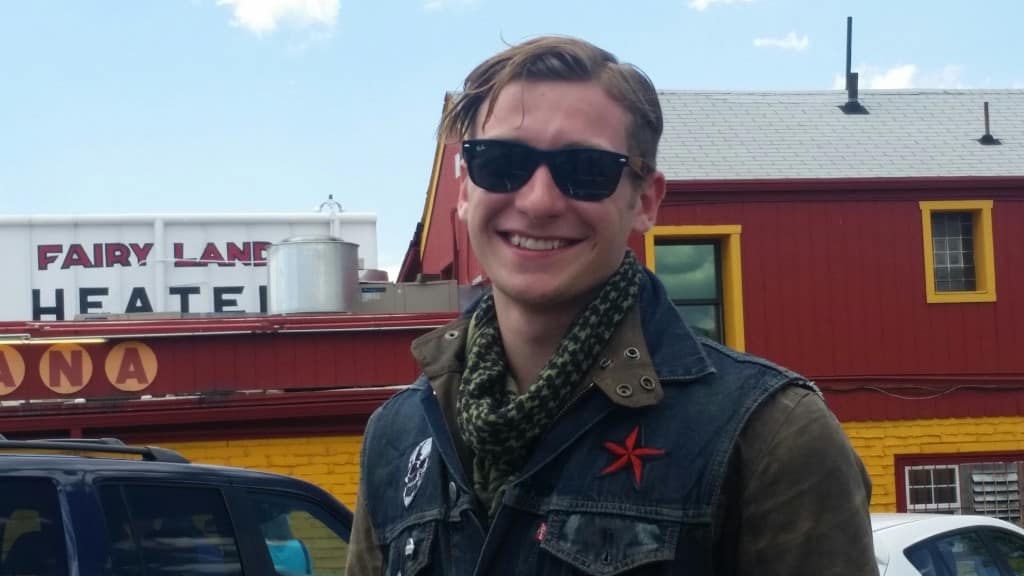 There is a feeling, up around eighty miles per hour, when the wind howls in your ears like the plains themselves are baying at the moon. While the road stretches endlessly ahead, the mystical ribbon of highway Pete Seeger sang of, you roll along. The landscape opens before you and you pass through. You let off the gas, pull in the clutch, and rock back on the shifter, lifting the bike into fifth gear. You gently pull back on the throttle, the bike purrs, then it growls with hunger. You feed it more of the golden blood of mechanical life; the magical fluid which courses through the rubber veins of your mechanical beast and combusts with all the violence and heat of life within the thrumming, burning, beating heart of the steel beast between your legs. Your machine roars forward, the tachometer climbs and the road opens up to the horizon. Looking out into the distance, a wave of feeling overcomes you. It is a feeling that can only be understood by experience, but which is best described as only complete, total, and unrestrained freedom.

When I first found myself working at Erico Motorsports, after I got a job in Parts and Receiving, I was 17. That was my first Summer at Erico, and I had no idea about motorcycles. All I knew was that they looked cool, sounded cool, and that there was something threateningly attractive about the way they sped along, loud, fast and exposed. But once I was in, I was addicted. It all started with bicycles, then being around motorcycles all day, all summer, that first summer; I knew I had to have one. But more than that, I had to make them a part of my life. Something clicked and anything else suddenly seemed crazy. I needed a license first though.

Before any of that though, when I turned 16, I didn’t really want my license; I had no desire to drive because I had no reason to. I could get everywhere I needed to go on the bicycle I had built in my parent’s garage. And after having spent so much of my time on the road, flying down side streets and weaving through traffic on my bicycle, I didn’t like the idea of driving a car. The thought of closing myself up into that stuffy little cage, engaging “drive”, and dazedly directing my mechanical carriage to and from my destinations had, and still has, little appeal for me. But after that first summer at Erico, when I realized that as soon as I turned 18, I could get on the road with a motorcycle if I had my drivers license, I had my license within six months. Then once I was 18 I took a class, got my endorsement and proceeded to scrounge up a bike for myself. It was a nonfunctioning deathtrap of a motorcycle, but it was a motorcycle and it was mine. It was a gold and white, 1969 Honda CB350 and it was beautiful, terrifying and liberating at the same time.

I am 19 now and in the three years since my first Summer at Erico, the people I have found coming into my life, and the experiences that I have been fortunate enough to have, would not have happened and I would not be the person I am, if not for that first summer spent sorting motorcycle parts and filling requests for bike service needs. Since that time, I have gotten my motorcycle endorsement, owned, fixed, ridden, loved, and sold my first motorcycle; ridden a thousand miles in four days and found the first real sense of direction in my life. Growing up in this world of social media, tracked education and immediate gratification, you are expected to know who you are and what you want to do with your life, before you even leave middle school. For a kid like me who still wasn’t sure if he wanted to be anything at all, I figured I’d just go to college because I was supposed to, and then try being homeless for a while, since nothing else seemed all too interesting at the time. But that was only because I never realized that I already knew what I wanted to do, I just didn’t know what it was. I had always loved bicycles, but they are just the gateway drug, motorcycles are the real addiction.

What I have come to understand about life, and motorcycles; is that life, just like riding a motorcycle works much better if you keep it moving, and is much easier to handle if your eyes are straight ahead. You can’t try to walk yourself through a tight turn, focusing on one little bit of road at a time, and keeping your fingers over the brakes with your eyes down on the tarmac. You have to lean into the curves, and if you see the gravel coming, you’re looking in the wrong place. If ever life looks like it’s going to run you off the road, look into the turn, shift your weight to the inside peg, and roll on the throttle.

I am still going to college, and of course I am getting my degree in Philosophy (make your “Would you like fries with that?” jokes now), but at least homelessness isn’t still a consideration. To fill that hole, I have found the roar of engines, the squeal of tires, the shine of powder coat and thrill of the open road. In these three years, I have left pretty much everything else by the side of the road, and joined the cult of the motorcycle. It’s a choice most people can’t seem to understand. But as far as I can see, it’s the only place that I belong. Covered in oil, smelling of gasoline, grinning at the sound of cylinders firing and the whipping of the wind on the open road, I have fallen in love with the feeling of two wheels and no doors.

0 comment(s) so far on My Summer at Erico Motorsports