Get to Know Our Service Manager – Mike La Count 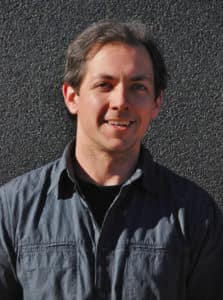 Q: Colorado native? If not where are you from?

A: I grew up in Green Bay, WI but have spent the last seven years in Milwaukee.

Q: You have a unique last name, does it have a story?

Q: Do they call you the French Dracula because you only drink the blood of French people? Or Are you from France?

A: Just to clarify French Dracula is just short for French-Canadian Dracula. The only time I would actually drink blood is when Budweiser is the only other option.

Q: What motorcycle or scooter do you ride now?

A: Currently the only bike I own is a disassembled ’94 Sportster.

Q: What is your dream bike or scooter?

A: See answer above…haha. But seriously, it honestly changes daily but right now I would say either a Ducati Panigale or GT.

A: I believe the first time I drove one was around age 14. I’m not exactly sure though, I didn’t start wearing a helmet until a few years later. The first time I ever rode on one was as a little guy with my dad.

A: The best concert I’ve ever attended was a Bob Dylan concert in 2001. It was a great show. I was pretty young and it was the first concert I went to where I was a really big fan of the artist. Conversely, one of the worst shows I’ve been to was a Bob Dylan concert six years later. Time had been harsh and his ability to perform live deteriorated quite a bit. Mr. Bojangles doesn’t jump so high anymore.

One of the greatest performers I’ve ever seen is Paul McCartney, however. I would recommend any music fan see one of his shows if possible. Regardless of how big a fan you are, I would say there is no one I know of that puts more effort into putting on an totally entertaining performance.

Q: What’s the coolest thing about working at Erico Motorsports?

A: I can walk to work from my house, and the staff is really fun, plus you get to be around cool motorcycles all day.

A: Memento and V for Vendetta are up there. It really kind of depends on genre I suppose. I like a lot of the Pixar stuff too.

A: Some of my favorites include Arrested Development, Top Gear and Wilfred. I really liked the earlier years for the Simpsons and King of the Hill. I’ve always liked comics and animation.

A: I like independent, intellectual girls and riding motorcycles is a huge plus.

Q: Tell us something about yourself that nobody knows…

A: That’s not really possible. I can’t tell you something that I don’t know.

A: Usually beer but I do really like whiskey.

Q: I noticed you’re not stupid…. But I hear you’re from Milwaukee. Care to elaborate?

A: Thank you…? I’ll have you know Chris Farley was educated in Milwaukee, so…you know…take that. It’s really a great city. There is a lot to do in the summer. It’s in an awesome location on Lake Michigan. Oh sorry, Lake Michigan is a large body of water… oh sorry, water is like dirt except it looks nicer and is quite refreshing to be around.

A: I tend to get most of my dates through blogs. So ladies, to reiterate that’s Mike “French Dracula” La Count and I can be reached at mikel@ericomotorsports.com.